Us humans have always tended towards localization rather than globalization. The homogeneity that globalization requires is abhorrent to us who form in family, tribal, community, or corporate groups. Current trends, like #BREXIT, show that the pendulum swings toward humans being localized. This may also imply that cultural, regional, and racial localization is preferred to cultural homogeneity envisioned by many who see globalization’s future. Don’t you wonder why?

The Needs of the Many

Somewhere in the ethos or maybe in the elites is the meme or thought that human population is over stripping world resources. “We have to slow the population growth down because we will soon not be able to feed those babies. No matter how fast we spin those treadmills the pie is not growing but the population is. Its hard to share that pie all around. Nor do we want to.”

Women are genetically predisposed to having babies and men are predisposed to having sex and providing safety. Safety is required to grow a child to adulthood. While there is adequate resources humans will reproduce, the population will grow, and resources will be consumed until we come to the tragedy of the commons. In this case the tragedy of the World Commons where resources are scarce and competition heats up.

You should Google “tragedy of the commons” it might open your world up.” Suddenly you realize that a golden age is the best time when humans are all magnanimous. A stranger could come to your house in need and you would help. You may even put them up for days, weeks, months, or years. Especially if they were injured and had to recover. In these times its easy to be generous with your resources. 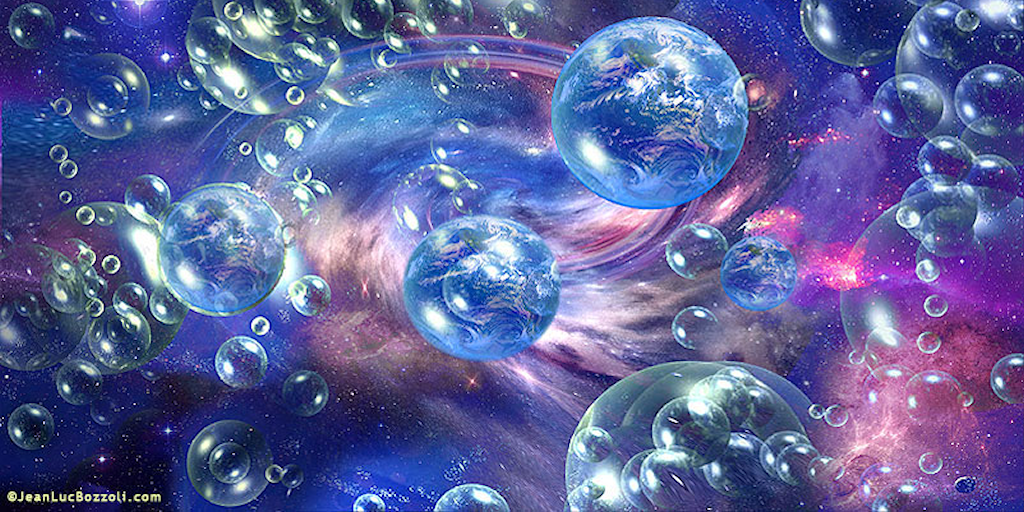 However, In a world of limited resources and falling growth, humans are like sharks, wolves, and sheep. Like shark, humans are individual predators. Like wolves, humans do adhere to family and tribal groups and we take it further to community, and corporate groups. Its like shark tank and corporate wolves. Like sheep, humans can be herded. They may think the same things and move the same way. In herding humans we are propagandized by our elect. 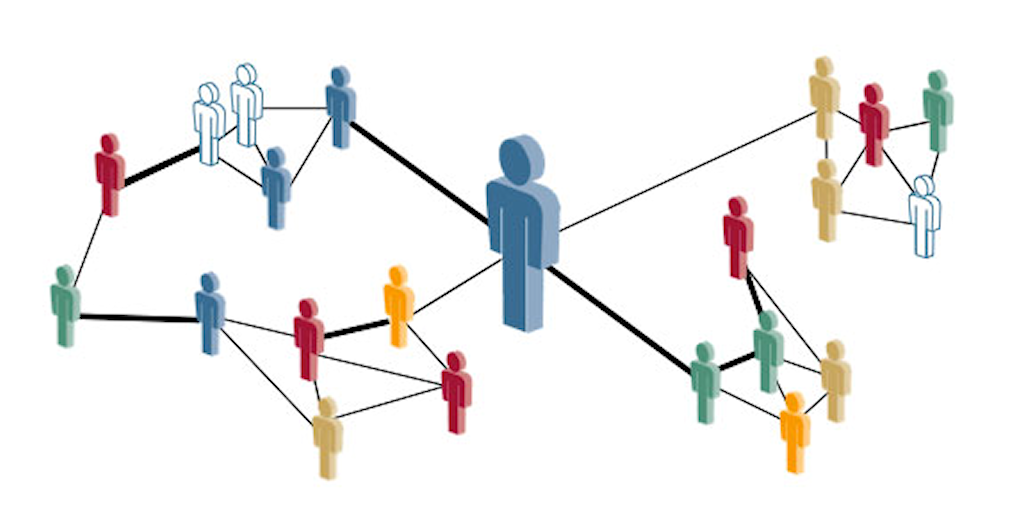 We are almost always organized in a hierarchical structure because our bubble world can only contain about 300 other humans. We depend upon those above in the hierarchy to keep everything stable and safe so children can grow. At each step up in the hierarchy we have the elect or appointed leaders who live in their own bubble world. The elect at every level may have direct connection with folk in the hierarchy above or below them. However at some point a leader may lose contact with the bottom level. They start to live in an elite bubble world and become co-opted in it. They begin to feel only responsible to those around them and not necessarily to the sheep that they serve.

Yet still, humanity has a brain. Perhaps it’s a community brain or country brain. You could think of the connections between people as the synapses in that brain. So the question of our time: Can humanity build a hierarchy to encompass a global brain with our bubbles limited to about 300 others? The optimistic six degrees of separation would tend to suggest we might. Technologies like Facebook, Twitter, YouTube, or WhatsApp seeks to mitigate your 300 strong bubble world to give the impression that you can extend it to thousands. To do it we have attached appendages such as cellphones. To go further we may become the Borg. Perhaps that global brain, global economy, and global elite may not be human.

Localization has its benefits because it keeps the Hierarchy short so its easy to reach from the bottom to the top. Its a solution much the same as distributed computing and the internet which overtook centralized computing and mainframes. In this case, human communities would be loosely connected and individual countries can survive autonomously when disconnected. Localization brings a heterogeneous world which can survive disruptions such as world war, pandemic, climate, or asteroid strikes.

Globalization will tend to make the hierarchy tall as it already is in many large countries. This is when you get despotic leaders like Ferdinand Marcos, Sadam Hussein, or Adolf Hitler. These leaders became isolated within their elite bubble with no relation or though for the citizens except as sheep to be herded. They cannot relate to the citizen because the citizen is not in their bubble of about 300. The purpose becomes keeping things stable and beneficial as long as their circle are happy. They don’t often recognize when change is needed until its too late and a crisis happens. This is why Term Limits are a good idea for politicians.

A localized culture affords protection in a world where the global economy is breaking down by suffering slow or negative growth. The great recession starting in 2007 heralds this condition. Autonomous regions, countries, and communities are using this tactic to preserve culture, ways of life and continue their own social laboratories. The recent United Kingdom vote to break from the European Union is an example. Other examples might be the isolation of Iran and Korea who preserve their way. The Issues of Immigration, NAFTA, and World Trade of priority in the 2016 US presidential election provides yet another example.

In a globalized world homogeneity would also imply religious freedom but Islam intends to predominate. Islam’s adherents still hold to a future of a world under their Allah which hasn’t changed for 1400 years. On the other hand, Christians have done went through their religious schisms and changes. Common law and culture have evolved. These days it’s called democracy. That’s the religion of the West. Some globalist bubbles think we can assimilate Islam perhaps by democracy as was tried in Iraq and Egypt. Others think we can assimilate Islam by bringing in refugees to fuel aging western economies.

Localized regional borders can act as barriers that may protect the core from pandemics and the possible damaging effects of genetic experiments run out of control. Global Trade Pacts may also allow chemical and genetic experiments to spread throughout humanity. The earth could become in a laboratory where a single failure could lead to serious damage or destruction to the entire system. Such experiments should occur in an isolated environment in orbit or a Lagrange point in space.

Where will we go from here 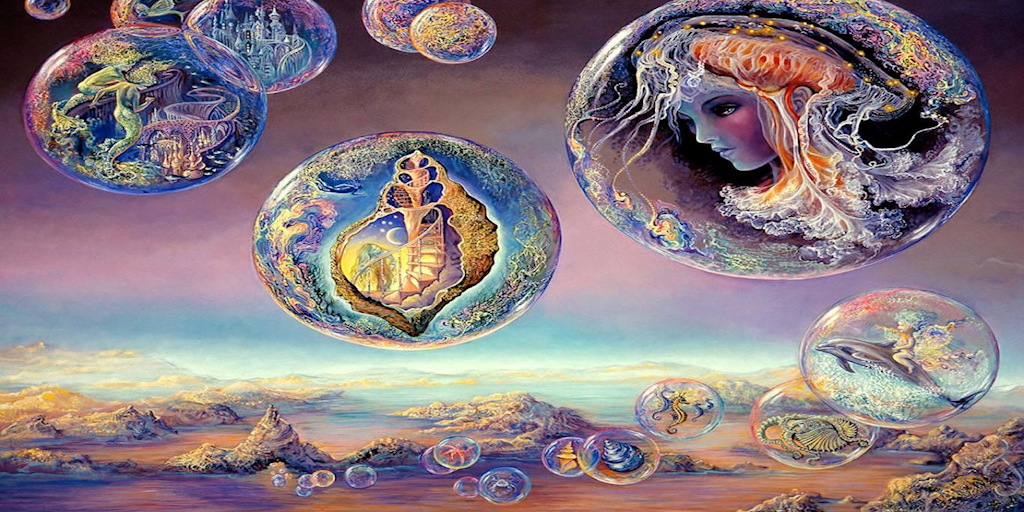 Its likely that localization will continue to be preferred over globalization. Its why the French Revolution, the American Revolution, The Cuban Revolution, and many other revolutions were fought. That is to obtain freedom from elite bubbles that had to be burst. Those elite bubbles must always be burst, when they lose touch with the ground, lest they infect the many and inflect much damage.

The ideal solution of course would be to initiate another golden age. One that could last for centuries. Where will that come from in our increasingly finite world? Where else but in orbit, the moon, in the asteroid belt, and eventually in mars. Corporations will exploit it. They will bring employees. The employees will bring families. These will be rising bubbles. Rising elite bubbles at first.

Your decedents may find themselves in The Expanse or on a Node in the Dyson Sphere. This depends on the decisions we make. So what’s it gonna be? Localize or Globalize.